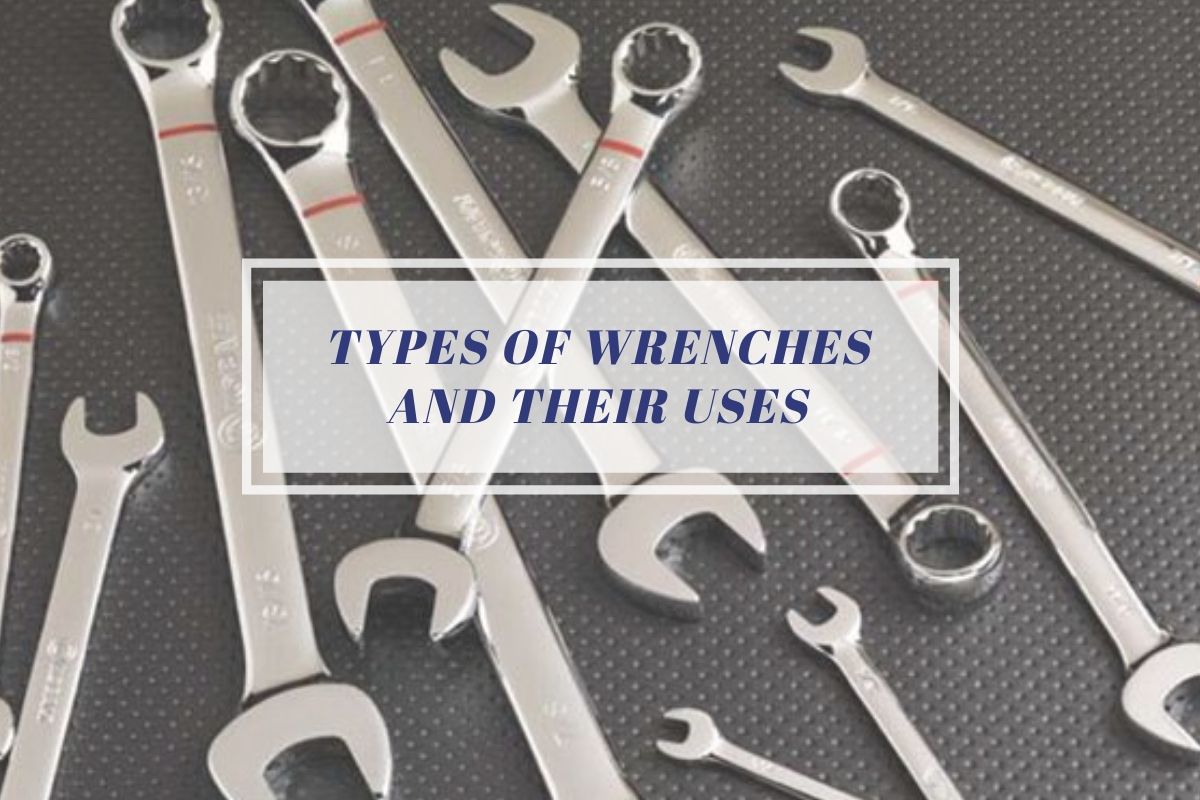 As basic of an appliance as a wrench might seem, there are various kinds that are meant to be applied to particular projects. A wrench increases and spreads torque to rotate by either tightening or loosening bolts or nuts. This handy device gives a strong grip for shifting, but with many wrench designs, it’s necessary to know the right types of wrenches and their uses.

Various kinds of wrenches are out there, and each has its own particular uses case. Wrenches come in a variety of lengths so that you can work in cramped spaces too. But all of them got some basic features. Here are some of them you can keep in your tool set.

What are the Types of Wrenches and their Uses?

As the name implies, open-ended wrenches have both the ends open. The gaps are U-shaped and are not of the same size. While dealing with nuts and bolts that are inaccessible, or difficult to access normally, these wrenches are very useful. They give you super ease in turning nuts like these.

These are different from open-ended ones, they have both the ends in a closed loop.

They are designed to fit a hexagonal shape, and sometimes a square shape as well. There are differently sized loops at both ends. Unlike open-ended type, Box-ended wrenches will not round-off the edges.

A combination wrench has features of both the open-ended a box-ended wrenches. It has an open-end at one side, and closed loop on the other side. This tool is handy because you can open nuts and bolts using the box-end and then part them with the open-end. They have both ends of the same size for this reason.

Adjustable wrench is an open-ended wrench. With only one side to work with, you can adjust its settings to fit the nut you need to work on. It has a movable lower jaw to set wrench size to fit the nuts and bolts. But one problem it has is that these are hard to use in narrow spaces.

Socket Wrench has socket attached to one end, usually for rotating a fastener. This wrench fits entirely over a nut or a bolt. This wrench also needs a handle thus most of them have a built-in joint.

After completing a turn, you don’t need to remove the socket. You can just remove the handle and re-insert it while keeping the socket on top of the nut or bolt.

Allen wrench or hex key has a hexagonal end. It comes in two shapes – either T-shape or L-shape. It is a simple, small and light tool. This wrench work like a screwdriver does.

Line wrench is kind of a mix between the box-ended and the open-ended wrench. On both sides, there’s an open end in this device. Best to work with softer metals as this wrench covers most part of a nut.

For functional work in limited spaces, this device is mostly used. Similar to socket wrenches, it combines a metal handle with a ratchet, which is set to a socket. And you don’t need to remove it from the socket after a single turn is done. Just remove the handle and set it again.

Also known as a wheel brace this wrench has sockets on all four sides, and the handles are longer than regular wrenches. This type is basically used in automobile industries. They are used to fasten the nuts on the wheels of cars.

Dumb-bell or dog-bone is a box-ended wrench. It is a specialty wrench and is designed to be used on bicycles. It has different size loops on two sides.

Spoke wrench is an open-ended wrench. This wrench is used to set specific tension force on wheel spokes. So they gotta have small handles to fit in little space between the spokes.

Also known as air gun or air wrench, this wrench is powered either by electricity or by compressed air. This type of socket wrench provides high torque for the fastening or unfastening process. These could be used for most tasks, but not with high precision processes because of the torque.

This type of wrench is used on dies, thus got its name ‘die wrench’. This specialty wrench is used for creating threads on dies. Which is later used to shape molten metals.

As you can see, there are many types of wrenches, with the specialty and design of each differing. Moving on, hopefully, now you’ll understand what types of wrenches and their uses you would need for a particular task.

You May Read Also: