When metallic items such as spoons, knives and other forms of cutlery are exposed to a moist environment, they normally get rust. Rust does occur to metal and another element when exposed to certain environmental factors for a prolonged period of time. Leaving the rust to corrode the metal for quite some time may lead to damages which are not reversible. To avoid this, the rust should be dealt with immediately it occurs.

So how does one clean rust when it appears? What elements should one use to clean the rusty tools? For more information, please go through this article.

Contents show
What causes rust?
Water is used to clean everything, why then does it cause rust?
How do we clean rust from rusty tools? How to get the rust off tools.
By the use of vinegar.
Are there other methods that can be used to clean the rust?
Conclusion.

Rust occurs when an alloy or an iron metallic substance is exposed to an environment with oxygen and moisture. It may not be an overnight process but it takes quite some time for the reaction to occur. With time, oxygen combines with the metal to form an oxide which weakens and erodes the metal eventually. At the point when the metal begins to corrode, the effect may not be reversible.

In fact, it even becomes harmful to human health, if such metal cuts you. But if the cleaning is done at an early stage, the rust can be totally removed. 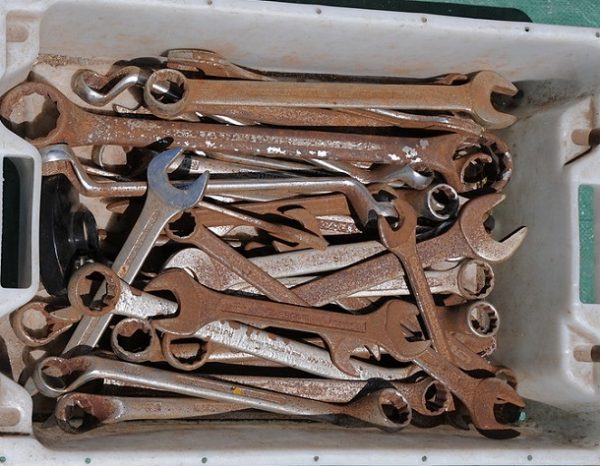 Water is used to clean everything, why then does it cause rust?

The environment has a lot of water in the form of moisture. Pure water too such as the water from the tap can cause rusting. Water forms rust when it combines with iron to form an element known as hydrated oxide. This combination produces what is known as ferric acid which is responsible for forming rust. Rust is actually formed by a natural process only accelerated by the above element or agents. Water is the major contributor to rusting.

How do we clean rust from rusty tools? How to get the rust off tools.

As soon as you notice rust attacking your tools, the good thing is to fight it off. The first step to avoid rust is to keep your tools in a clean and dry place. Water is a great reagent, so it is advisable to keep water off from the storage. When your tools get rusty, how do you clean them? There are several ways to do the cleaning. This is the procedure: 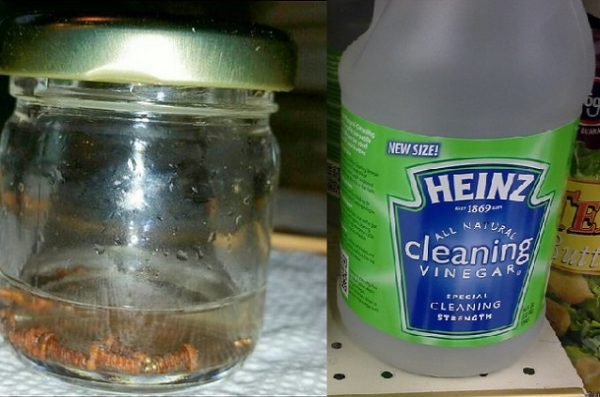 By the use of vinegar. 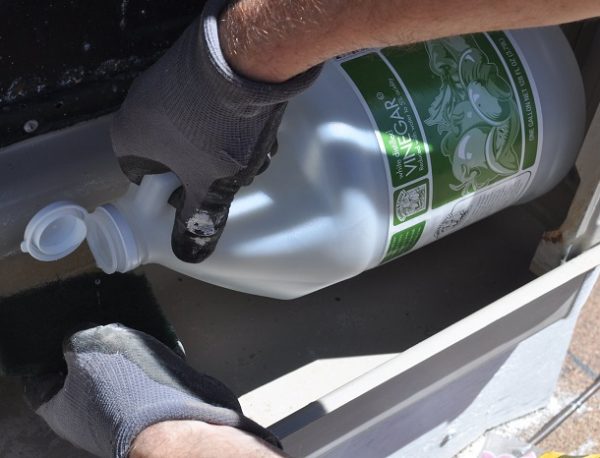 Are there other methods that can be used to clean the rust?

Yes, a few more methods of cleaning the rust do exist. However, the options are not many. They are as listed below. 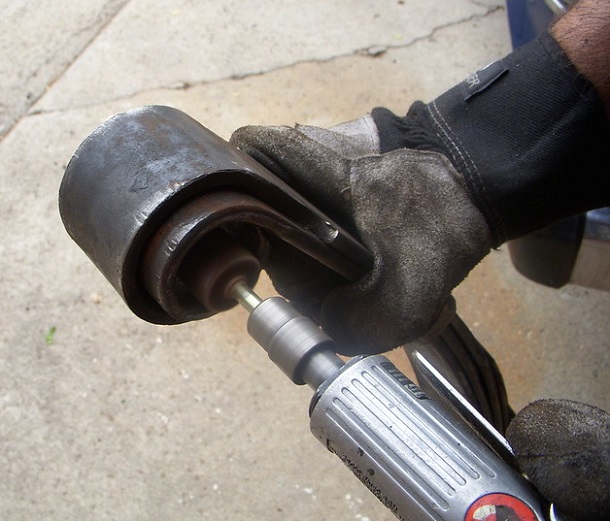 Acid and rust do not go hand in hand. The acid removes the rust and curtails it. Where you do not use acid, it may become a complicated task to deal with rust.

Rusting is a natural process that occurs when water and iron combine and reacts. This rust has to be removed as soon as it is noticed. There is more than one way to fight this menace and the procedure is as listed in the above discussion. Whenever possible keep your tools in a clean and dry place away from water and moisture.